A hand on the projection screen draws the shadow of a woman dressed in white. The hand tries to keep up to her tempo. A woman with a brown afro-wig with blue flippers on her feet takes most unusual poses. A man in a bear suit explains: ‘I wanted to be bare for you, but then I realised that I didn’t like to be naked. So I got these bear suits.’

At the Springdance festival, you never know what is in store for you.

'In the Beginning there was...' Andrea Bozic says. A projected hand – that of Julia Willms sitting behind a drawing table on the left side of the stage – writes the same words down on an empty piece of paper. The paper is scrolled further and the hand precisely outlines Bozic’s shadow. She moves and the hand tries to hold her back. As the movement speeds up, the drawing becomes messier and the originally precise shadow outlines become stylized puppets. The drawings merge and intermingle with each other, and as Bozic blows the pen away, it leaves a long trace on the paper behind.

The first piece of Beginning Middle End is a fascinating game between a human and a projection, between a shadow and a pen. Bozic’s shadows are very meticulously drawn on a piece of paper, down to the minutest detail and regardless of how fast Bozic moves, the pen sticks to her. With some funny moments, such as when she spits and the pen leaves a black ink stain as a reaction to it, or when the two get into a competition: the harder Bozic screams, the bigger the ink stain on the paper. A moment later, the paper is completely covered with the spit of black ink. 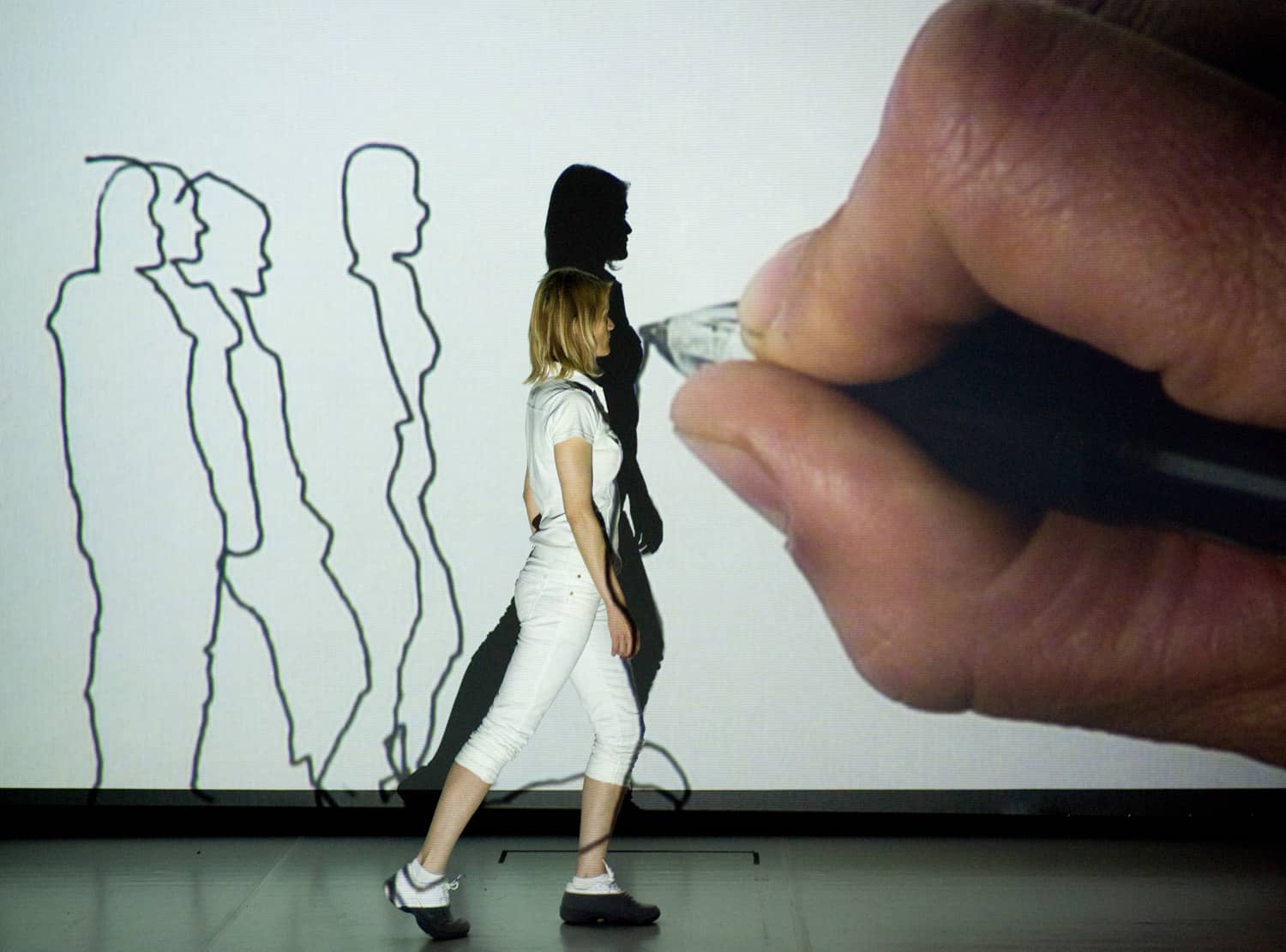 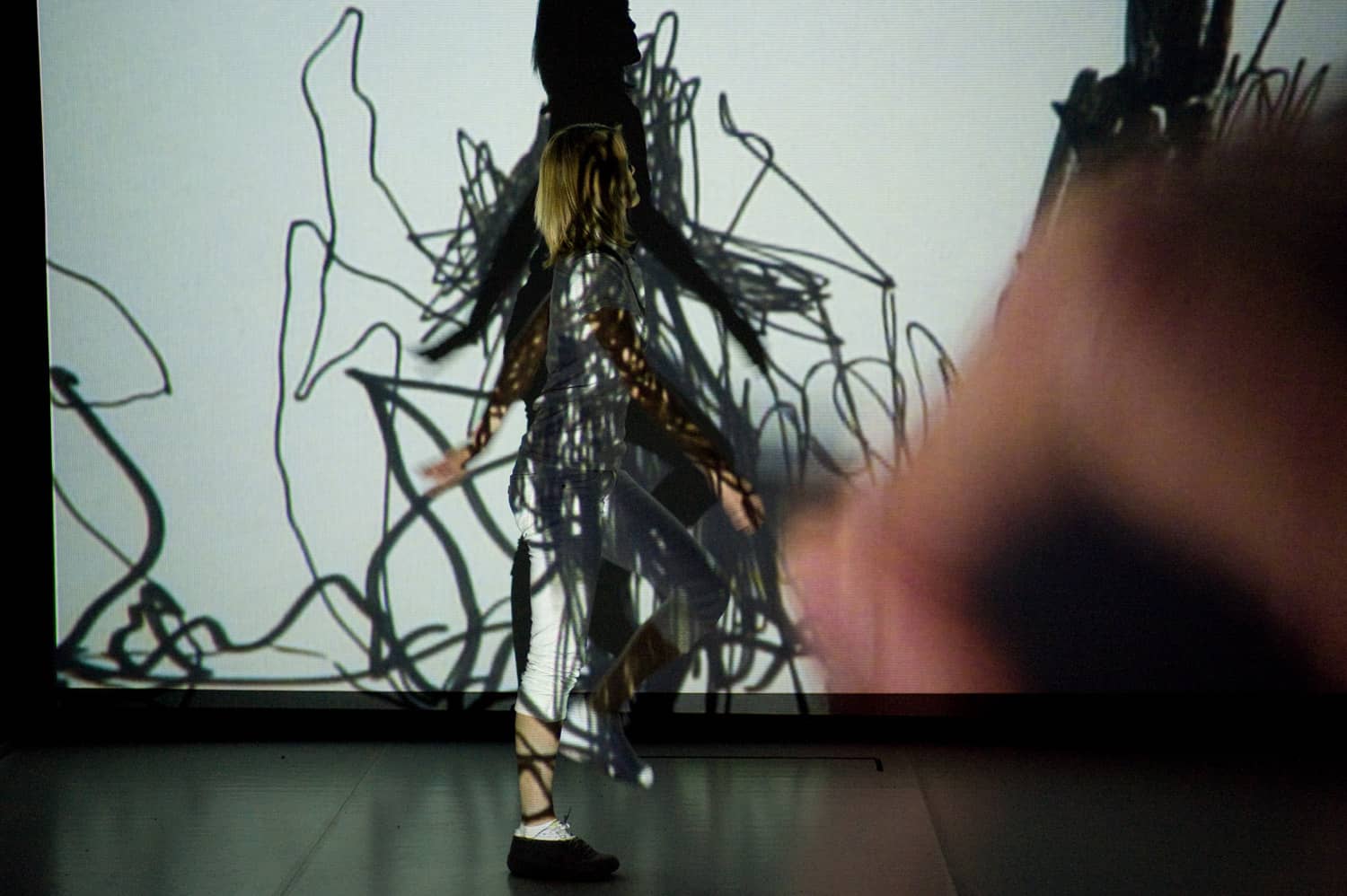